The trading company Richard Anton KG was established in 1904 to import natural graphites from Ceylon and Madagascar. The company logo with the elephant is known far and wide. The company has invested heavily in its factory in Obernzell. With the construction of the new production plant, they expanded their capacity. It cost 5 million. 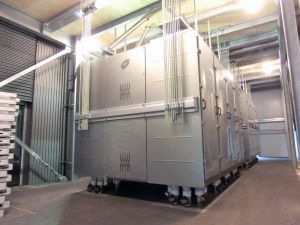 1000 tonnes of graphite were produced in one year, today is the monthly production of manufactured graphite at 2500 tonnes. The number of employees of the group currently stands at 185, the annual turnover of around 130 million euros.

On the 7th of September , the new factory in Obernzell was successfully at a ceremony with 100 guests inaugurated and put into operation.